LG patent suggests a foldable phone is in the works 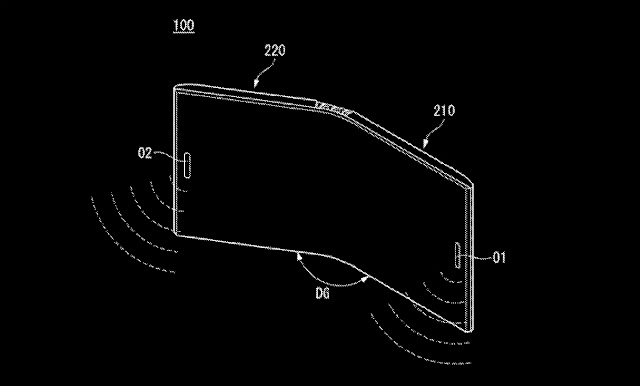 We have been hearing about flexible and foldable smartphone displays for a few years now.
But we’ve yet to a see a phone maker actually mass produce a smartphone display that’s actually foldable. We’ve heard rumors of Samsung, Huawei and Motorola working on such smartphones but a newly published LG patent suggests that LG is aiming for the same foldable form factor.

The patent was originally filed with the US Patent and Trademark Office in late-2017 and is described as a “mobile terminal” – a technical description of what a smartphone is. It describes a smartphone body with a flexible display, one that folds horizontally halfway down the length of the phone thanks to a four-link hinge, one that works similar to the hinge on the Microsoft Surface Book.

The phone has two mics, dual loudspeakers, and dual antennas. One of the cameras will be placed on the outside of the closed display so users can take photos of the display while it’s closed. The display would turn on when opened and off when its shut, and the patented display has a bezel-less design.

Of course, the patent doesn’t describe how a user is intended to interact with such a device. It appears that the foldable display is a trend that smartphone makers are really trying to crack. A new form factor is desperately needed in this industry and we can safely say that we’ll be hearing more from phone makers about foldable displays in the next year or two.