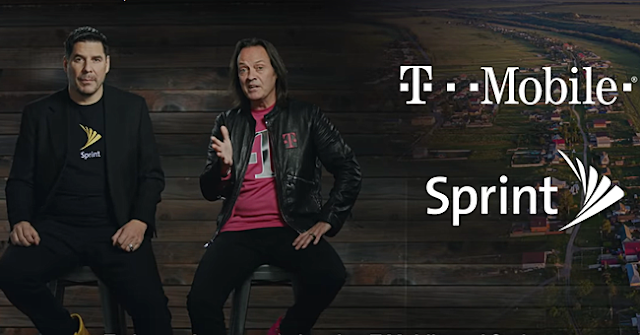 It's finally official. Sprint and T-Mobile have announced they are merging in an all-stock transaction, with the former being valued at $59 billion and the latter at $146 billion.

The new company will be called T-Mobile, and will be headquartered in Bellevue, Washington. There will also be a second headquarters in Overland Park, Kansas.

T-Mobile US' current CEO and president John Legere will be the CEO of the new company and also serve as as a director. Sprint's CEO Marcelo Claure, on the other hand, will serve on the board of the new T-Mobile.

"The combined company will have lower costs, greater economies of scale, and the resources to provide U.S. consumers and businesses with lower prices, better quality, unmatched value, and greater competition," the announcement post said.

"The New T-Mobile will employ more people than both companies separately and create thousands of new American jobs." The announcement says over 200,00 people will be working in the new company in the US at the start.

Deutsche Telekom (which owns T-Mobile) and SoftBank Group (of which Sprint is a part) are expected to hold approximately 42% and 27% of diluted economic ownership of new T-Mobile, respectively. The remaining part (31% approx) will be held by the public.

An announcement video - featuring John Legere and Marcelo Claure - has also been released. Take a look:

As part of their focus on 5G development, the companies have also launched a new allfor5g.com website. The deal is yet to receive a nod from regulators. The announcement post says the transaction is expected to by first half of 2019 at the max.