YouTube Android updated with pinch-to-zoom for screens wider than 16:9

Although we didn’t really see it coming, taller displays are becoming more the norm when it comes to smartphone hardware. As a result, the 16:9 widescreen aspect ratio won’t fit in an 18:9 (or in Samsung and Apple’s case with the Note8 and iPhone X: 18.5:9) aspect ratio without black bars.

Some manufacturers have included a feature built into the UI that allows you to change the aspect ratio of the app so you can watch video without black bars..


For those manufacturers that don’t have such a feature baked into the UI, YouTube has added support for crop-zooming YouTube Videos so that it fills up all the usable space. Although doing this may crop some of the video being watched, many will appreciate the ability to watch YouTube videos on the entire display instead of leaving out black bars. 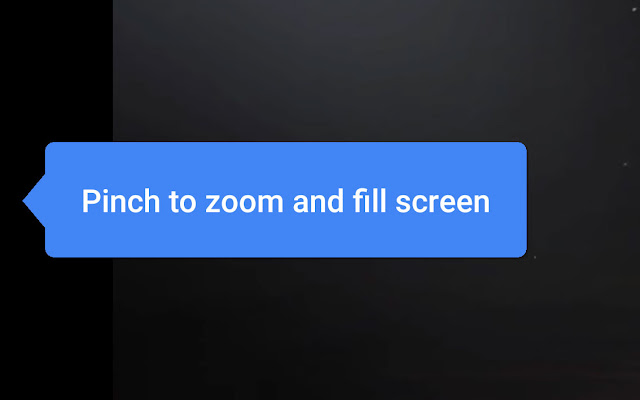 We were able to do this on a Galaxy S8 Active and a Huawei Mate 10 Pro with the latest version of the app: version 12.44 - so it would appear this should work on any device with an aspect ratio wider than 16:9. If you’re up to date and are still on 12.43, the update may still be rolling out.
Source: Link